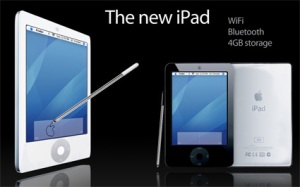 It comes with front and rear cameras—addressing an omission in the initial model—and a new Apple-designed chip that performs standard calculations twice as fast as its predecessor and offers a nine-fold boost in graphics performance.

Apple had reinforced its edge with the sheer volume of new features, its lead in applications created for the iPad and its lower price point than some rivals; Xoom, for example, starts at $799 without a cellular service plan, compared with $729 for a comparable iPad.