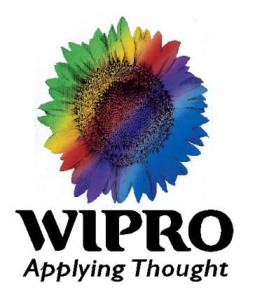 The grim environment in the IT industry turned grimmer on Monday with Wipro Technologies disclosing that in June 2007, the World Bank had banned it from bidding for its contracts till 2011 because the company had offered shares to the bank’s employees during its US IPO in 2000 which the bank termed “improper benefits”.

The disclosure, which pushed the Wipro stock down by nearly 10% on the Bombay Stock Exchange, came after the World Bank decided to publish names of all companies that it had barred from contracts.

The bank has also barred Hyderabad-based Megasoft Consultants for a period of four years on the grounds that it “participated in a joint venture with bank staff while conducting business with the bank”.

Wipro said the offer of shares to employees and clients, including World Bank employees, was part of the directed share program (DSP) approved by US stock market regulator SEC. The DSP has the objective of involving employees and customers with the public offering to expand Wipro’s recognition and brand, the company said.

“All participants in the program including the World Bank CIO and another employee who took shares in the names of their wives, signed a statement that their purchase did not violate any ethics or conflict of interest policies of their company, Senapathy said. He said the shares offered were at market price, not discounted, and that some customers had declined the offer because it con flicted with their company’s policies

In the process Azim Premji, promoter of the company, loses Rs 2,705 crore in one day Premji holds 79.37% stake in the company as per data on BSE website

India has brought down the number of people living below $1 a day by 2 percentage points to 24.3 per cent in three years up to 2005, as Asia’s third-largest economy accelerated to 7 per cent plus growth in those years, latest data from the World Bank revealed.

In absolute numbers, 9.6 million people came out of poverty between 2002 and 2005, the largest reduction between two consecutive surveys released by the World Bank since 1981.

If $1.25 per day is taken as a benchmark for defining the poverty line, then 4.7 million came out of poverty in this period.

Since the data reported by the World Bank have a time lag of three years, the effect of increase in food and commodity prices which disproportionately affect the poor

in the last two years is not known.

Also, the World Bank now says it has upwardly adjusted the cost of living in developing countries to $1.25 per day against $1 per day.

The poverty line of $1.25 is the average poverty line found in the poorest 10-20 countries, the World Bank said in a press statement.

The difference between India’s own estimate of poverty and the World Bank’s one is because of a difference in how the poverty line is calculated.

The World Bank’s calculation is based on the average of the poorest countries, whereas India’s estimate is based on how much money is required for an individual to have ideal intake of daily food and expenditure on shelter and other necessities.

If India’s poverty line is translated in Purchasing Power Parity (PPP) terms, it is $ 1.02 per day.

“High GDP (Gross Domestic Product) growth in India has reduced poverty. However, to achieve a higher rate of poverty reduction, India will also need to address inequalities in opportunities that impede the poor from participating in the growth process,” the World Bank said.